Early in the morning on 19th April 1943 German soldiers entered the Warsaw Ghetto with the aim of liquidating it. They found themselves up against armed resistance which lasted almost a month.

At its peak, the Germans forced almost 500,000 people into the fenced in Jewish quarter. From the middle of 1942 they transported the Jewish people to Treblinka where they were murdered in the gas chambers there. The decision to liquidate the ghetto was the reason for the outbreak of the uprising. At the time, there were still between 50 and 70 thousand men, women and children in the ghetto.

Fighting for their dignity, the few (1000 – 1500) poorly armed members of the Jewish Combat Organisation and the Jewish Military Union took on the many more (about 3000) expertly equipped German soldiers. Approximately 6000 people had died in the battles and fires deliberately started by the German aggressors by 16th May 1943. According to estimations, the Germans killed about 7000 Jewish people inside the ghetto. Those who survived were taken to death camps.

The Warsaw Uprising was the first organised revolt against the Germans in occupied Europe. 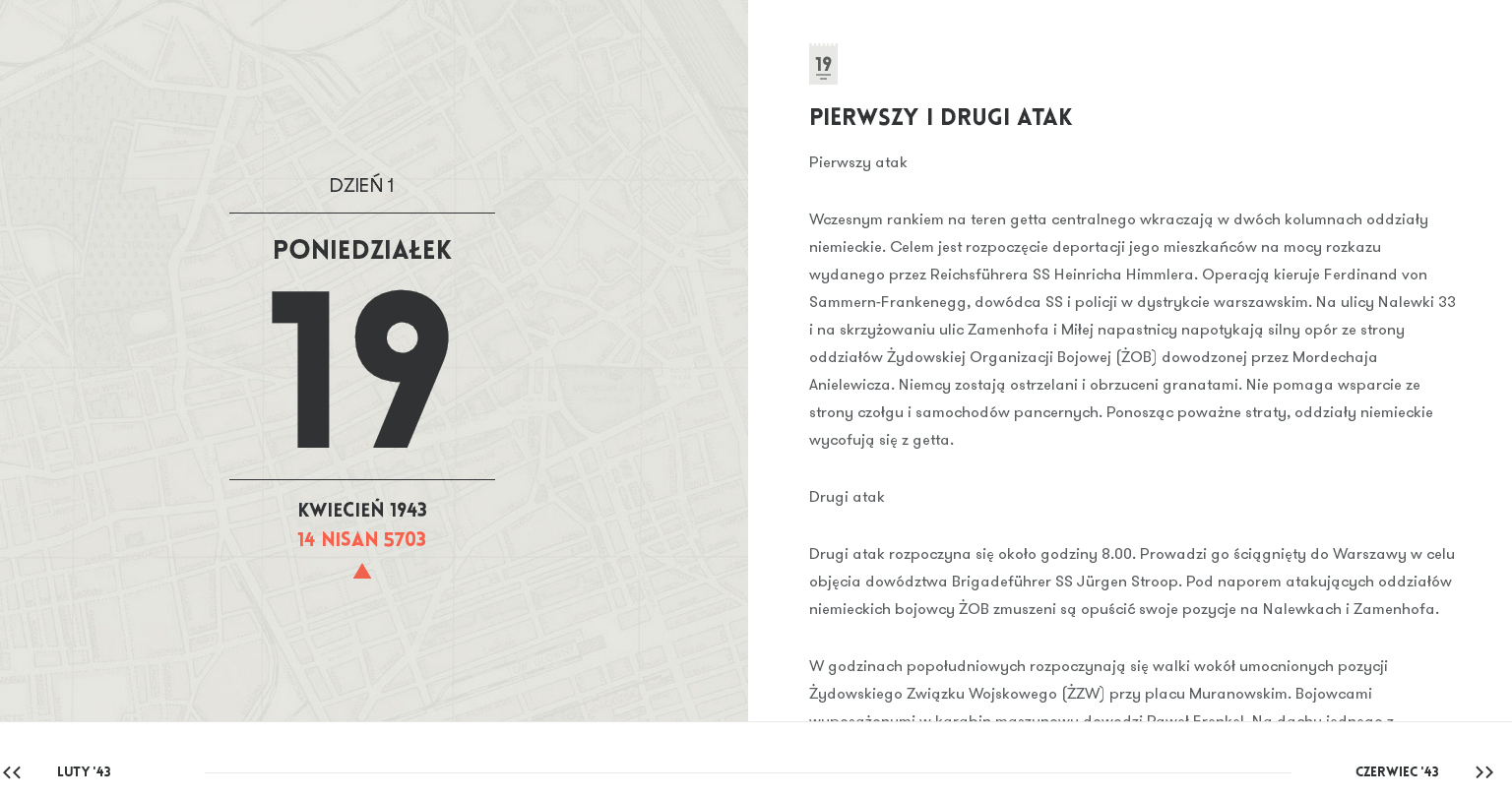 Information about the Warsaw Uprising as it happened day by day can be found on the website www.polin.pl  http://warsze.polin.pl/en/przeszlosc/wojna/powstanie
Administrator 1 month ago