Eighty years ago, almost 22,000 Polish prisoners of war in Kharkiv, Katyn, Smolensk and Tver were murdered by Soviet criminals. In recent years we particularly remember those killed by the NKVD (Secret Police) in an annual event on 13th April.

In 2007, the Sejm (lower house of the Polish parliament) declared 13th April as Remembrance Day for Victims of Katyn Massacre –  Polish Army officers, soldiers from the Border Protection Corps, staff of the State Police and Prison Guard, clerks and other representatives of Polish intelligentsia – who were murdered by the Soviet regime and buried in cemeteries in Bykovnia, Kharkiv, Katyn and Miednoye.

In the Land of Oświęcim there are many sites of commemoration of the victims of the Katyn massacre. One of the best known is the Church of the Assumption of the Virgin Mary in Oświęcim itself. Twenty years ago, a plaque was unveiled there with the names of eleven murdered Poles who had been Prisoners of War. In 2017, another plaque was placed there with four more names of Polish prisoners shot dead by the Soviets.

On commemorative plaques on the wall of the Church of St Margaret and Catherine in Kęty, one can find the names of those murdered in Katyn among the lists of those inhabitants of Kęty and Nowa Wies who fell in both world wars.

Another form of commemoration of the Polish victims are Oaks of Remembrance planted in many school grounds in the Oświęcim District. For instance, at school nr 2 in the town of Oświęcim there is a tree dedicated to the memory of Józef Szarek, born 1896 in Smolice. He worked as a policeman in Warsaw and was taken to the Ostashkov camp where he was murdered by the NKVD. In a similar fashion, other schools honour the memory of Lieutenant Marian Drost, Junior Warrant Officer Adam Poniatowski and Second Lieutenant Michał Pachołek. At the school in Gorzów, the oak dedicated to the memory of Warrant Officer Edward Honkisz who was murdered at Katyn has been growing for ten years.

This year, the 80th anniversary falls during the time of the pandemic. Therefore, the Ministry of Culture and National Heritage informs the public, that at the initiative of the President of the Republic of Poland, Andrzej Duda, the commemorations of this national tragedy will be held online. A virtual exposition can be found at a specially prepared website www.80rocznicakatynia.pl 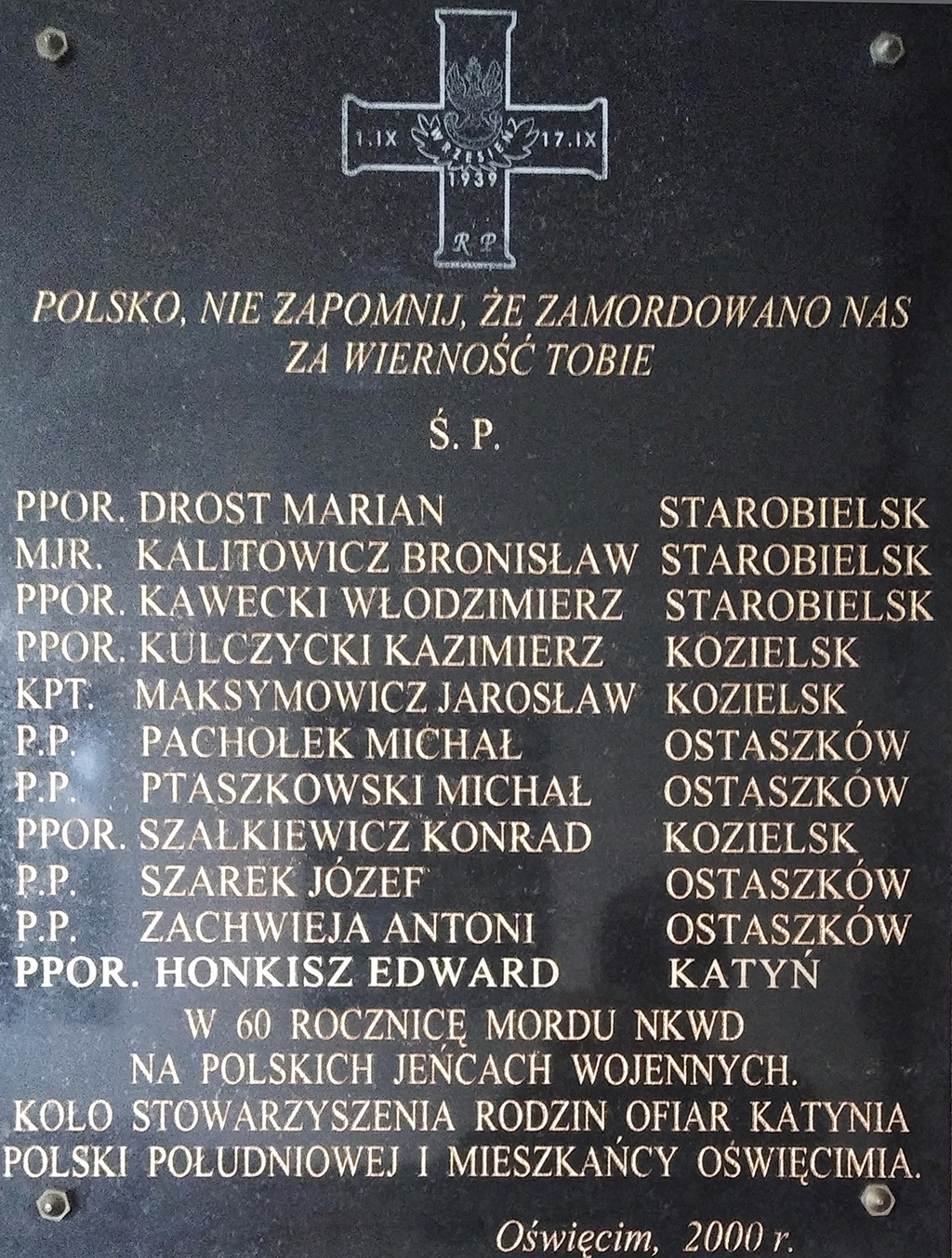 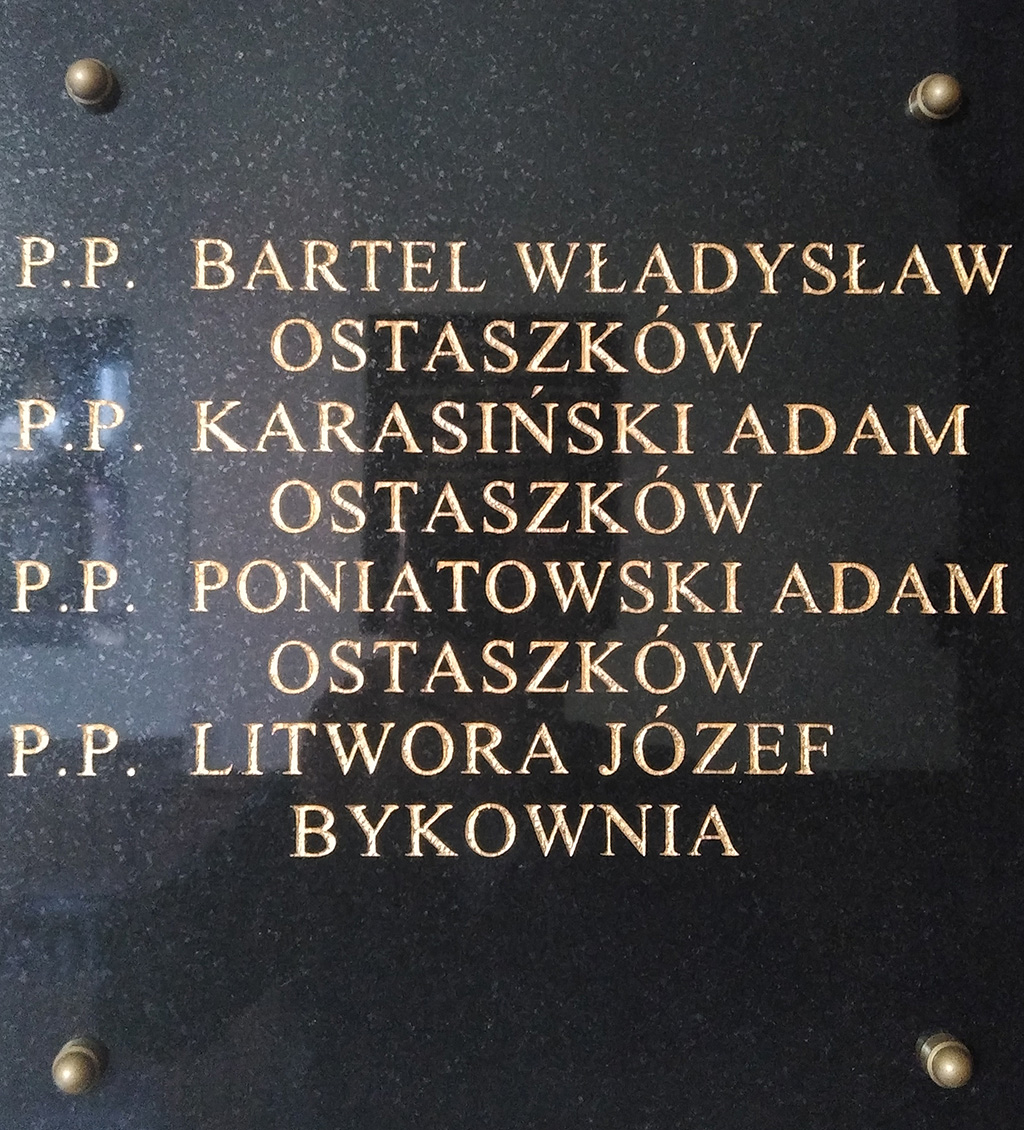 Commemorative plaques on the exterior of the Church of the Assumption of the Virgin Mary in Oświęcim.