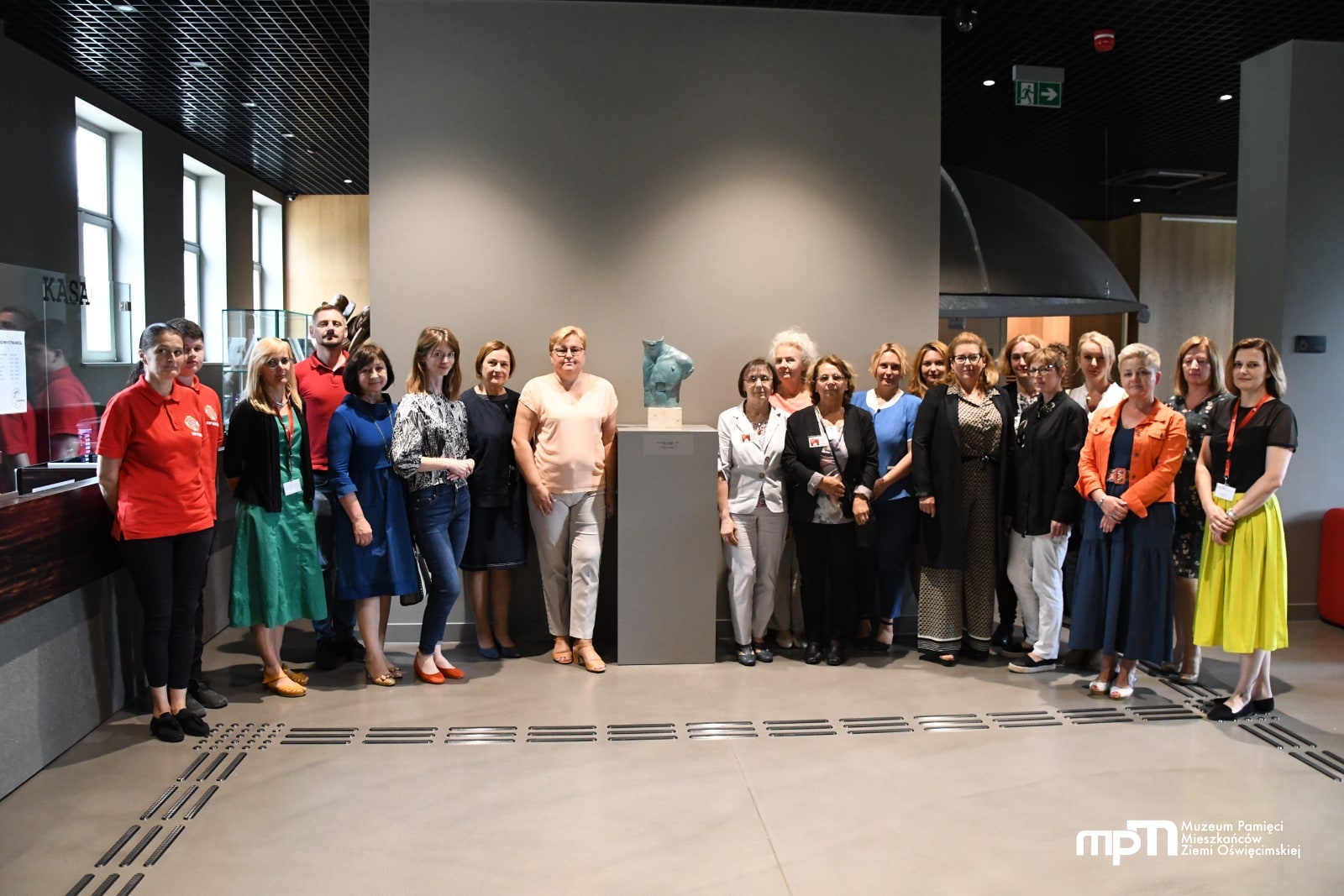 The summary of the historical project entitled “Hearing Forgotten Voices-the Fate of the Inhabitants of the Land of Oświęcim in the First Half of the Twentieth Century” at the Remembrance Museum of Land of Oświęcim Residents was an opportunity to reminisce and share experiences and impressions.

The gathering in the museum conference room was led by the project coordinators, museum educators Joanna Cebulska and Anita Bury.

The participants who signed up for the project spent almost 10 months preparing exhibitions on people of merit in their local community and stories connected with them. During this time, they took part in workshops devoted to such topics as how to photograph historical objects, how to create accounts of witnesses of history, how to archive and preserve collections and, last but not least, how to create exhibitions.

Dorota Mleczko, director of the Remembrance Museum of Land of Oświęcim Residents, thanked the participants for their work in preparing the exhibitions.

“Almost everyone managed to make it to the final. I know that it was not easy, we know that there were various moments of crisis for various people. But most of you persevered, you managed, you showed that where there is a will, there is a way. I hope that apart from the difficulties, this project has brought you much satisfaction from the work you have done,” said Dorota Mleczko.

Teresa Jankowska, district board member, recalled how the organizers discussed the goals of the project a year ago.

“It was important for the co-authors that the project had an educational component increasing competences and skills and that it would give them satisfaction that something new was being created. Something that would enrich the knowledge of the residents. I think the goal has been achieved. The project was successful because we heard forgotten voices. For me these were beautiful stories,” she said.

The teams and individuals working on the exhibitions shared with the audience their experiences and conclusions from many months of work. Later, director Dorota Mleczko, Teresa Jankowska, and the deputy mayor of Oświęcim Halina Musiał presented the participants with awards and diplomas.