Forget-me-nots on a stylised stem and the words “we will not forget” are elements of a new symbol of the Remembrance Museum. Polish Forget-me-not day is celebrated annually on 15th May.

Forget-me-not Day has been celebrated since 15th May 2002 when it was launched by Andrzej Zalewski, editor of Polskie Radio Programme 1.  The celebration aims to encourage and promote the values of nature and remind us of the importance of protecting the environment. At the same time, it is a symbolic reminder to us not to forget people and important events.

This flower means different things in different cultures. In Poland, as its name suggests, it symbolises the memory of people and key events.   It is therefore part of a new symbol for the Remembrance Museum where the stem reminds us of the barbed wire fencing used in concentration camps.

The main aim of the Remembrance Museum is to undertake activities to commemorate local residents during WWII who, often at the risk of their own lives, rendered aid to KL Auschwitz prisoners.

One of many such people who helped prisoners was the Dusik family – Julian, Katarzyna and Wanda living in Łęki-Zasole during WWII where they owned a shop and farm. Active in the underground resistance movement, they were engaged in rendering aid to KL Auschwitz prisoners to whom they delivered food and medicines. They also hid escapees from the camp. They were arrested by the Gestapo for their activities in 1944. Wanda managed to survive the war. Julian died in KL Mauthausen.

Today, by the house in which the Dusik family lived during the war, plenty of forget-me-nots can be admired. 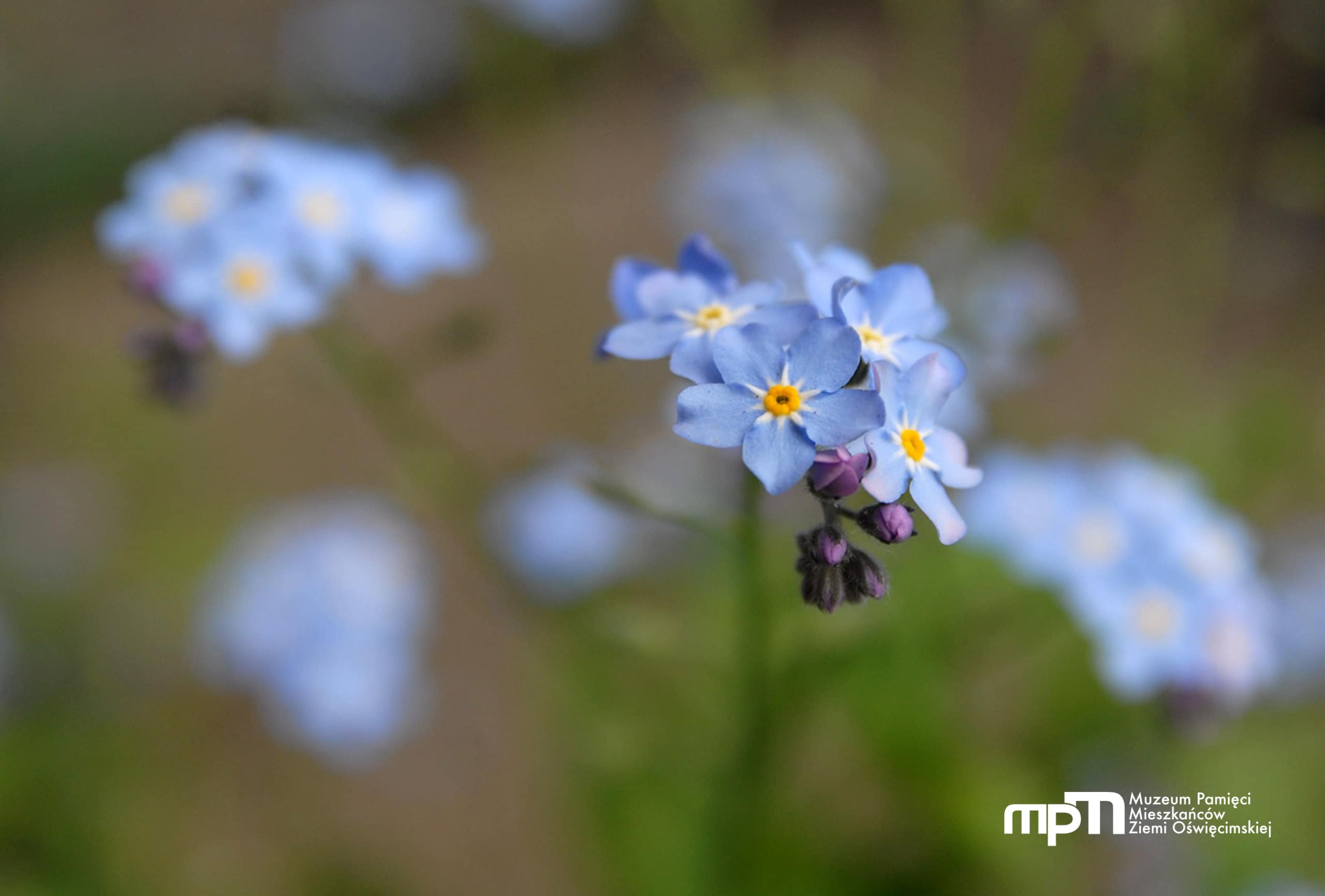 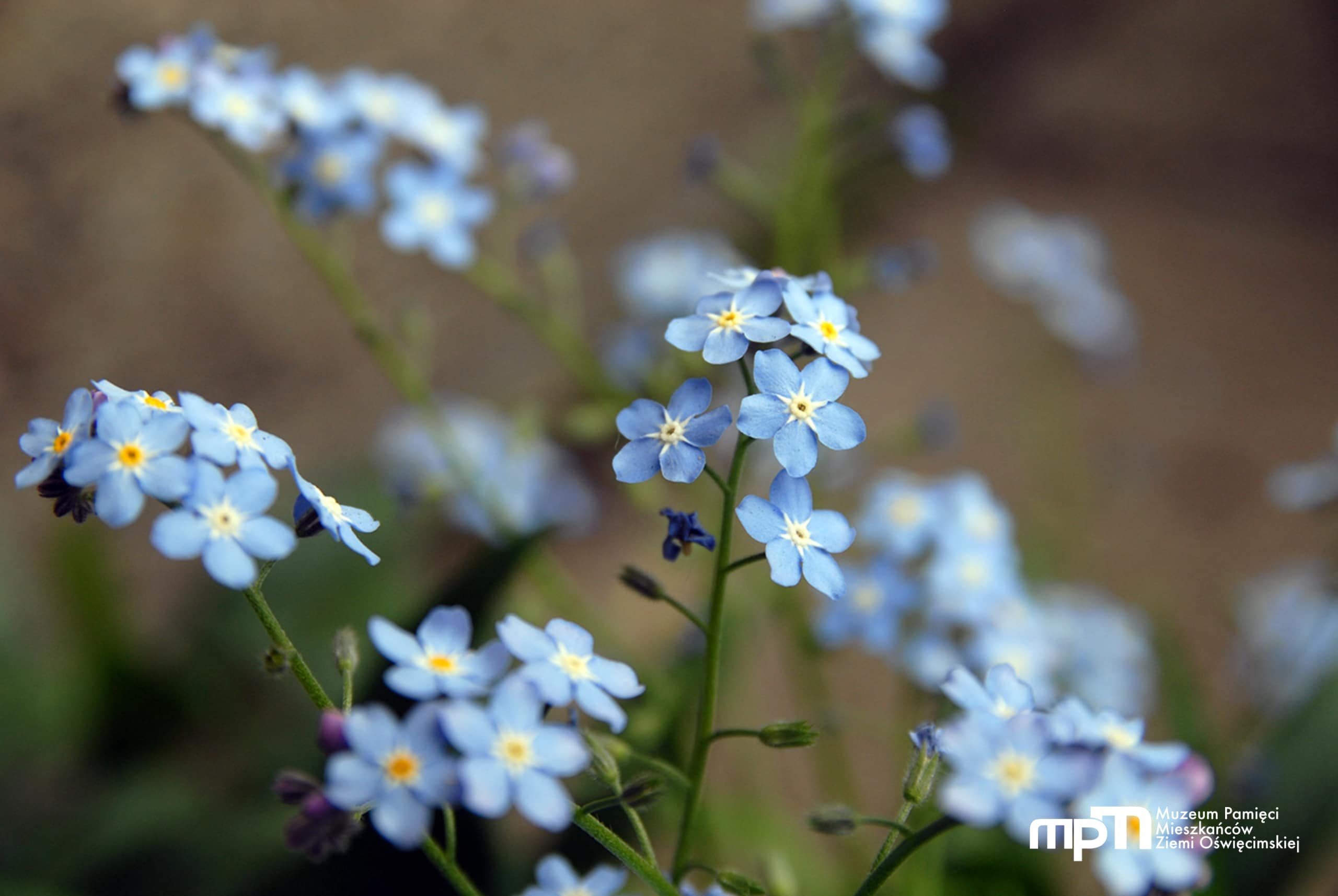 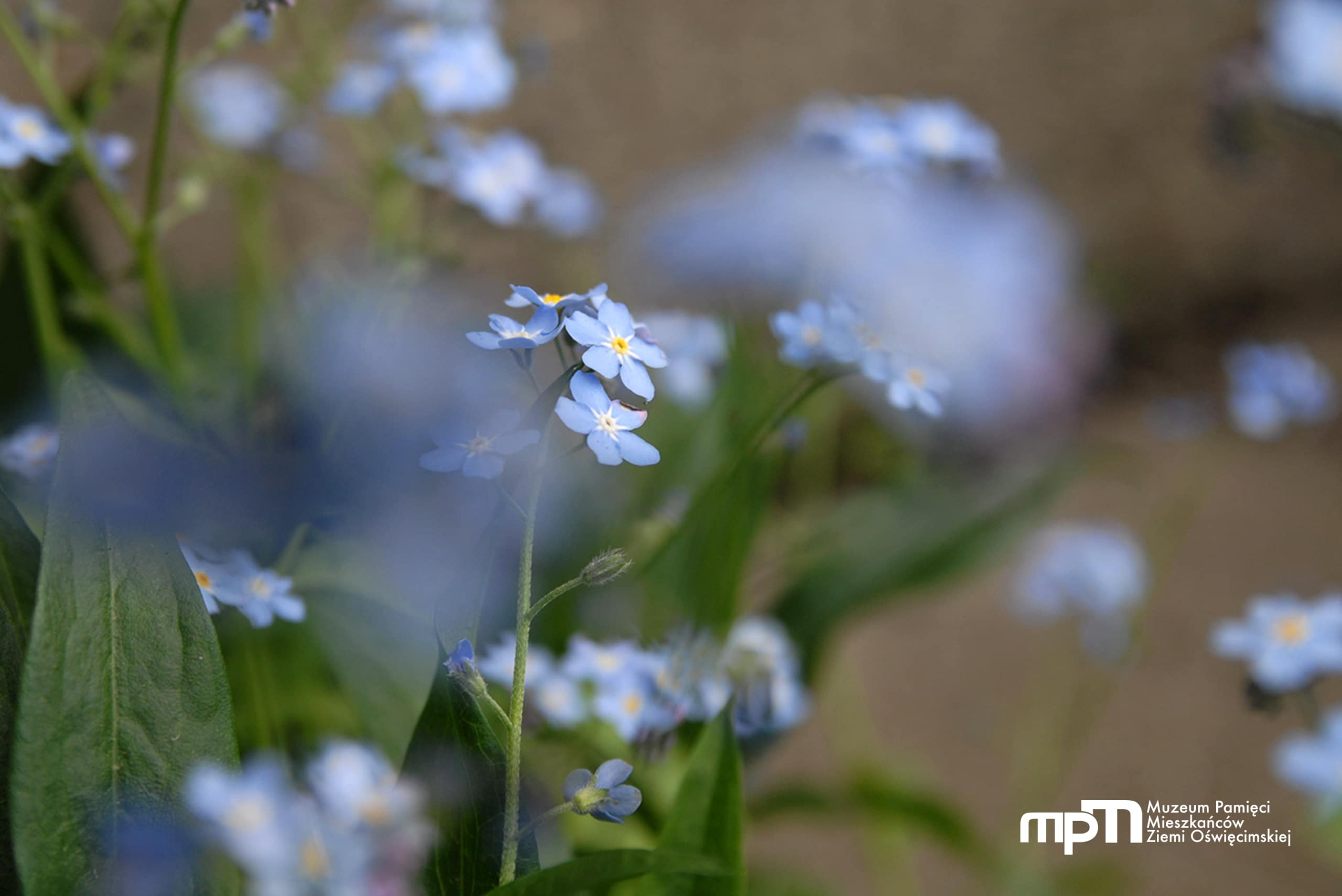 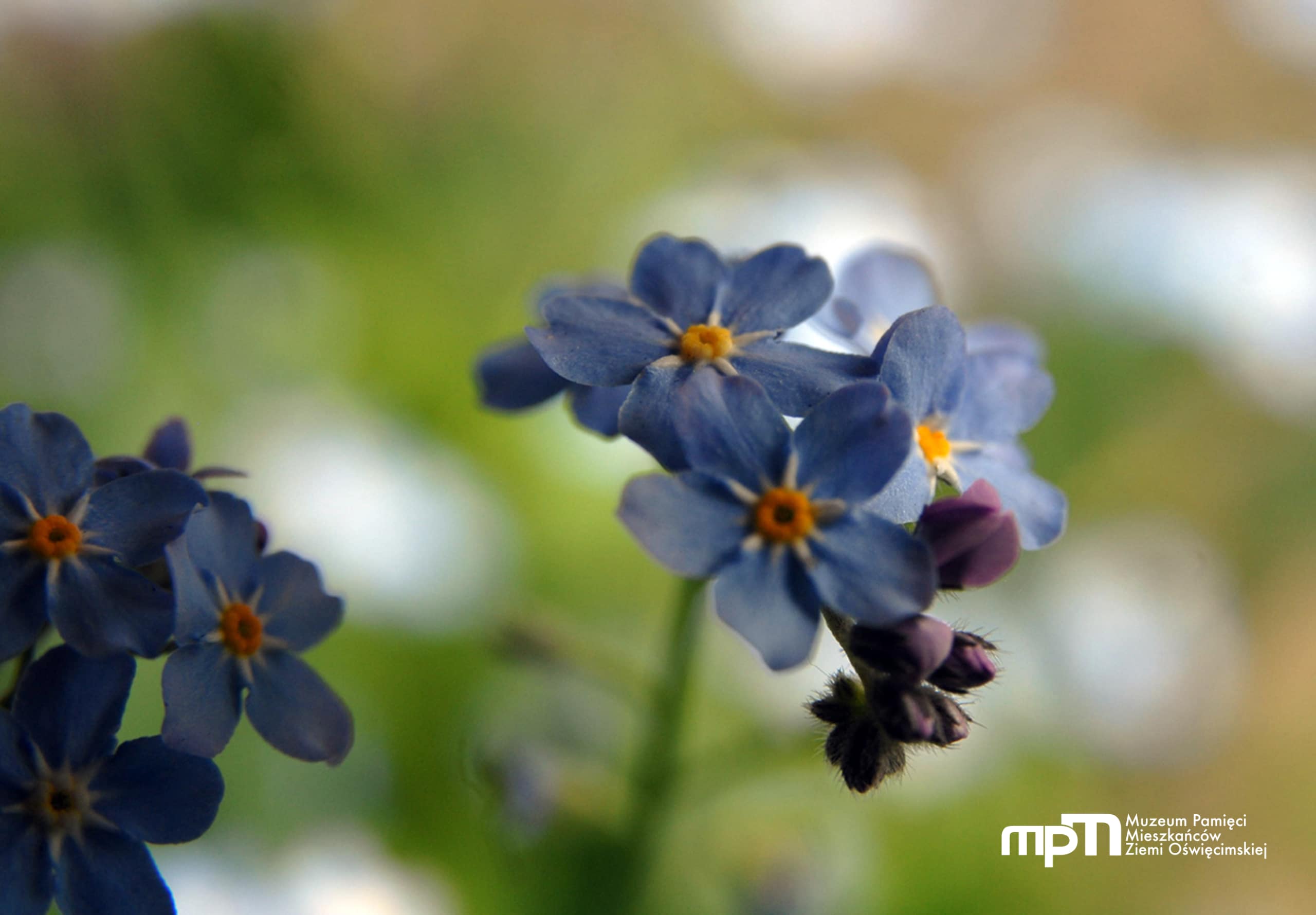 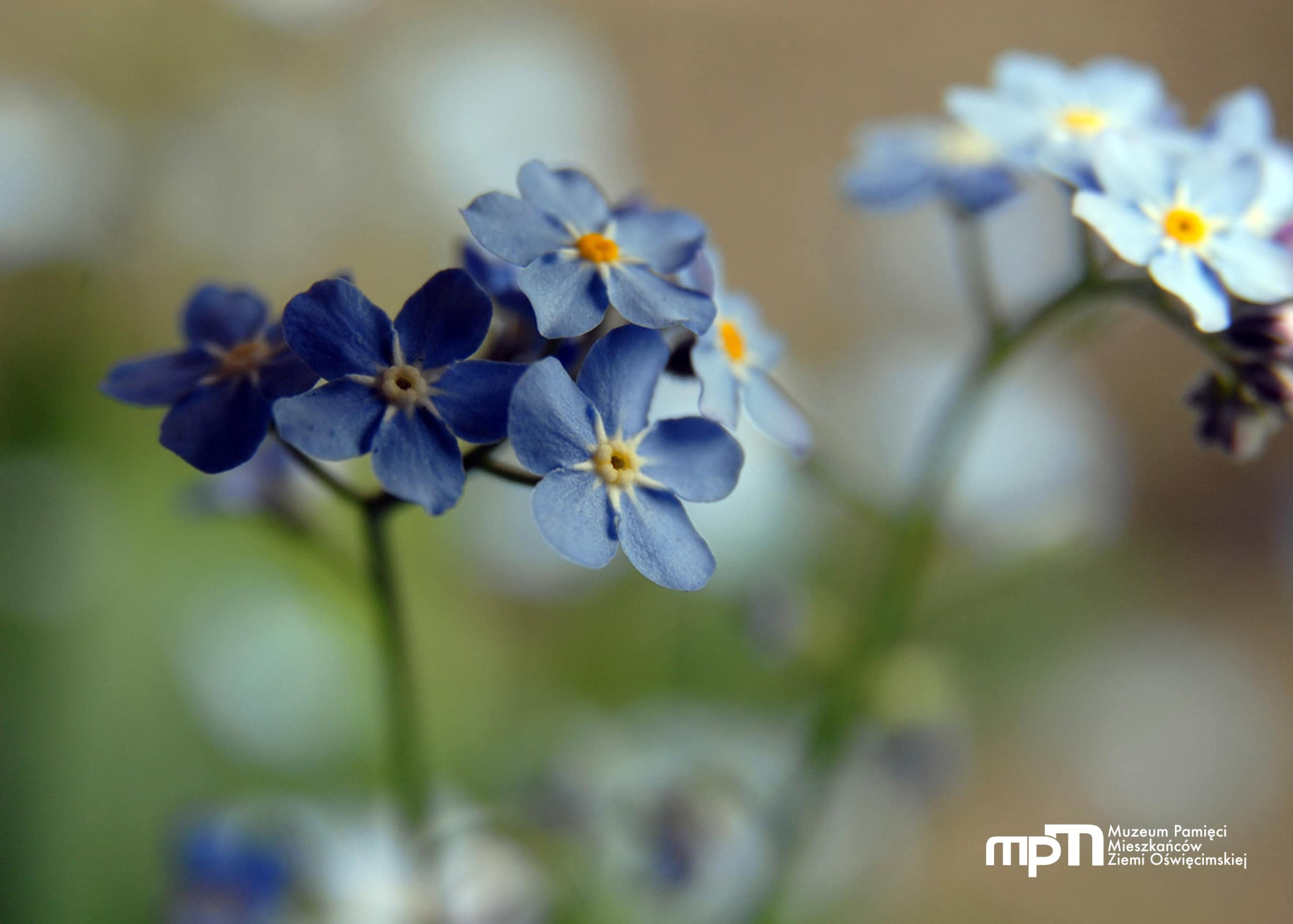 Photo: Plenty of forget-me-nots growing by the house in which the Dusik family lived during WWII.