The 28th May marked 80 years to the day that Franciscan Father Maximilian Kolbe was taken to KL Auschwitz. Artefacts connected to him can be found in the St. Maximilian the Martyr Church in Oświęcim.

Among the artefacts are a missal and a tiny communion cup which were used by priests, including Maximillian Kolbe who were imprisoned in KL Auschwitz. At the risk of this life, they were taken out of the camp by Franciszek Ptasznik. His granddaughter, Beata Laskowska, has taken care to memorialise the story.

Thanks to the efforts of staff of the Remembrance Museum, information that it was Franciszek Ptasznik who took the sacred items out of Auschwitz has been placed in Maximillian Kolbe Church.

“My grandfather was a good man. He helped prisoners in the camp and those living nearby too. He took those items out of Auschwitz at the risk of his life. If he had been killed, neither my mum or I would be here today,” says Beata Laskowska. 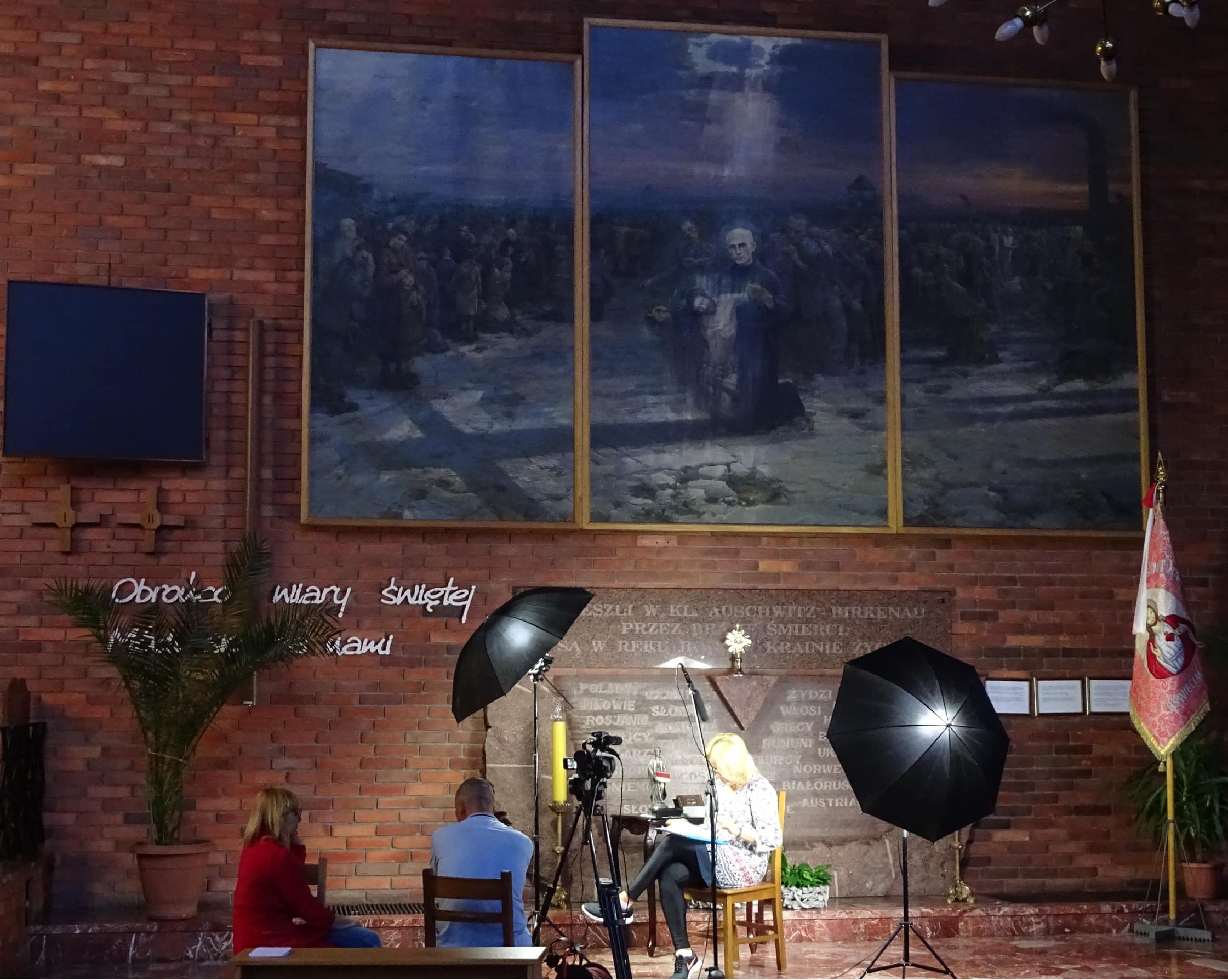 The recording will soon be made available on the educational portal 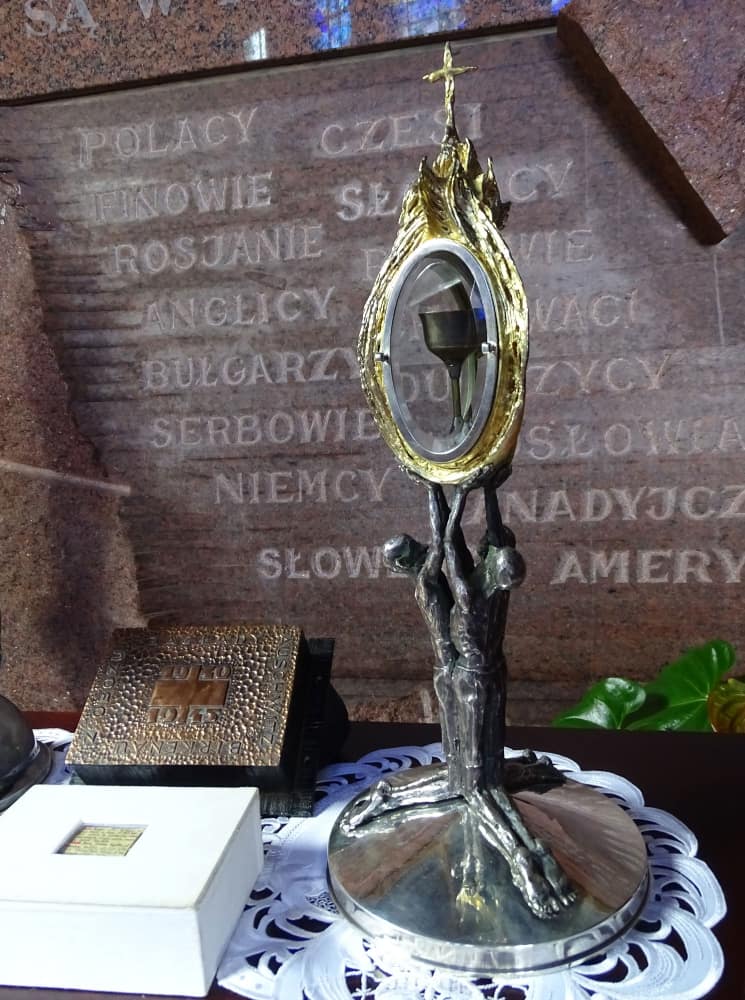 Photo: the miniature missal and cup – the items taken out of Auschwitz by Franciszek Ptasznik can be seen in St Maximillian Kolbe Church.