The great journey as a metaphor for life 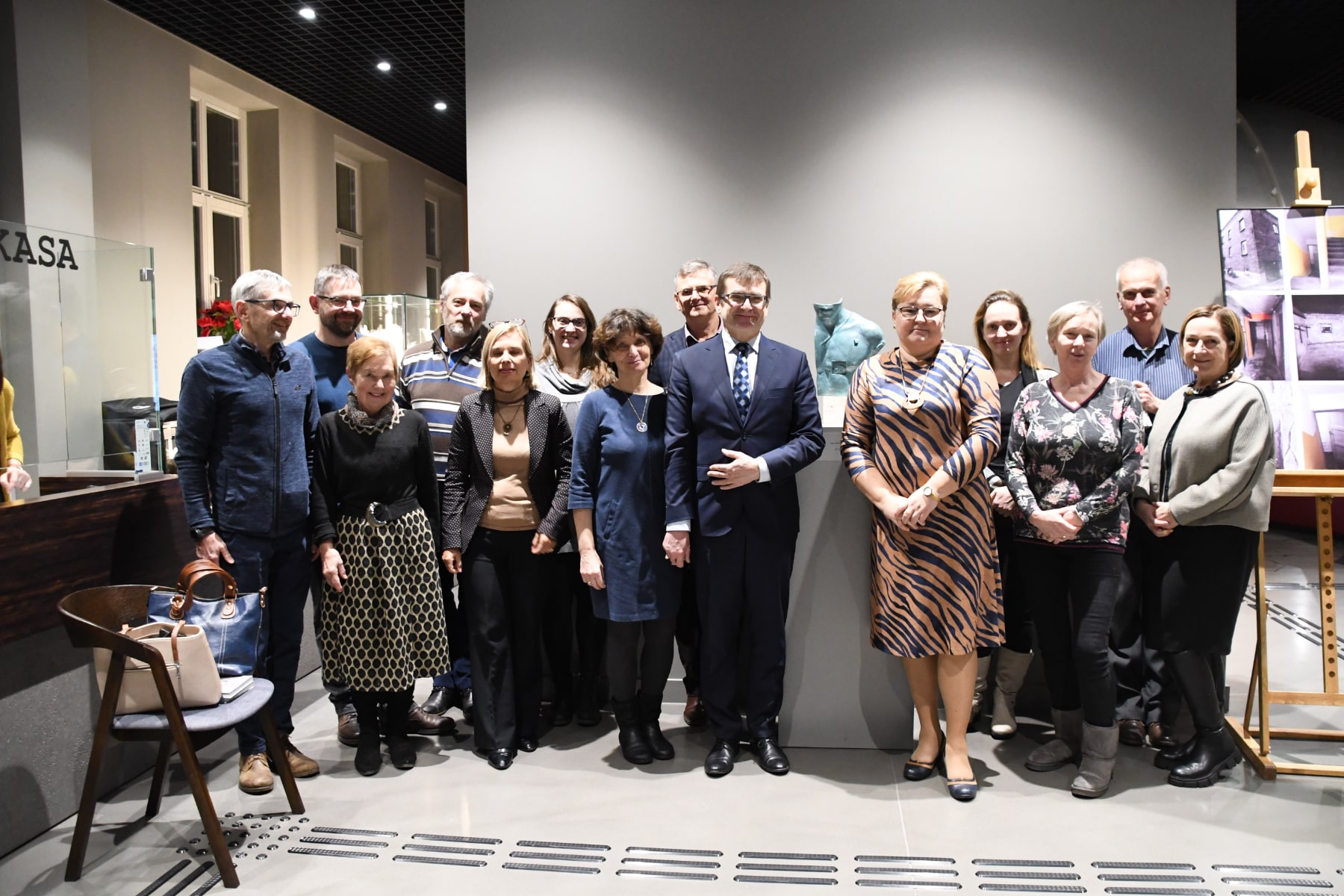 During the meeting with Andrew Kacorzyk, author of the book entitled “The Great Journey of Ordinary People,” there was much laughter as he shared his deep reflections interspersed with families’ stories.

Dorota Mleczko, director of Remembrance Museum who is the publisher of “The Great Journey of Ordinary People,” welcomed all guests and the meeting was chaired by Jadwiga Pinderska-Lech – head of the publishing department at the Auschwitz-Birkenau State Museum.

Andrzej Kacorzyk is deputy director of the Auschwitz-Birkenau State Museum and director of the International Center for Education about Auschwitz and the Holocaust. His professional activity is closely related to history. As the author of the book, he focused on showing the micro-worlds of the Kacorzyk, Kozlow, Klęczar and Plonek families intermingling over the decades with one other and with the macro-world and its global impact.

In “The Great Journey…” the author dedicated much time to his father Marian – Home Army soldier, his post-war activity in the recovered lands, later finding himself in the reality of the Gomulka and Gierek times in Osiek.

“Dad had a saying: a country of heaven, a country of hell, that is, a candle to God and a candle to the devil[1]. I interpreted this for many years as a kind of conformism and a certain compromise with the world. It can also be interpreted that on the one hand there was the manor house, on the other hand there was the home. A patriarchal home, where 100 percent rule was exercised by his father Ludwik Kacorzyk, who had very clear, firm rules of behaviour and instilled them in his children” Andrew Kacorzyk told the audience.

During the meeting he was asked what it was like to work on the book, and how he collected materials. In response, he stressed the special role of relatives and their memories, which allowed him to look at the characters from different points of view. At the same time, he encouraged those gathered in the museum’s conference room to collect information about their families for future generations.

“It was only in writing this book that I realized that I carry the whole peasant heritage – the eternal bending of the neck, the eternal referring to this – I am the peasant, and there are gentlemen out there who have blue blood, are in a sense better, to whom I aspire, to be like Kmicic, Sobieski, to be something else. When we start writing the history of our villages, we start it with the manor: that there was a lord, he had so many cows, he had so many horses and so many villagers. This book is also important to me because it shows the roles of women and the roles of men in the countryside,” Andrzej Kacorzyk said about his observations.

After the meeting, the author spent a great amount of time writing dedications for the attendees.

“The Great Journey of Ordinary People” by Andrzej Kacorzyk can be purchased at the museum store on the first floor of the Remembrance Museum at 2A Kolbego Street in Oświęcim. [1] This is Polish idiom which is literally translated. In English the equivalent would be “run with the hare, hunt with the hounds” which means that one tries to satisfy two opposing parties for their own interests.