As you may recall, in the second half of 1944, after successive Allied territorial conquests in Italy, the German IG Farben plant and many other factories in Silesia came within range of heavy American bombers. The planes with the white stars on their wings took off from Italy and began appearing over Oświęcim.

One of the most interesting stories connected with the land of Oświęcim and the Flying Fortresses concerns a B-17 named “St. Francis.” On December 17, 1944, this plane crashed near Wilamowice. It was supposed to have been shot down by a German anti-aircraft battery located in Przecieszyn. The entire crew managed to parachute out, but a German gendarme shot one of the crew members – a very young sergeant Alvin Ellin. After the war he was buried in the cemetery in Jawiszowice. In 1947, after another exhumation, he was laid to rest in a grave in the USA.

In his memoirs published in “Almanach Kęcki” No. XV 2011, Karol Mitoraj from Kęty remembers the time of air raids:

“The years 1943-1944 bring more and more frequent moments of comfort and hope that the end of our torment is approaching. The air raids of American bombers, mainly flying fortresses, begin. Their targets are industrial plants in Silesia, especially in Kędzierzyn, and the chemical works in Oświęcim. Whenever they fly over us, clouds of aluminium foil or other metal strips fall from above. It is to interfere with the possible radiolocation of the plane.”

Karol Mitoraj also describes the following incident from 1944. “For the only time in my life I could observe a duel between German and Allied fighters. The planes were flying in large arcs at great speed in the airspace between Wilamowice and Andrychów, firing short bursts of machine gun fire from time to time. A German plane was hit and an airman parachuted into the fields of Bulowice. German bauer (farmer)-settlers working there with pitchforks and hoes almost beat the pilot to death, thinking him to be an American pilot. It was beyond their comprehension that a German plane could have been shot down. It was with great satisfaction and merriment that we repeated that story.”

Thanks to Janusz Wróbel, author of German Heavy Anti-Aircraft Batteries Around Oświęcim 1944-1945, we can learn more about the details of this air duel. The incident took place on September 13, 1944. It was then that an American Shelton piloting a P-51 Mustang fighter plane (they provided cover for American bombing formations) shot down a Messerschmitt Bf 109 – the “white eleven”. The pilot who almost got stabbed with a pitchfork by the German settlers was Karl-Dietrich Schmidt.

In recalling the history of the downed aircraft and the air raids, mention must be made of the Zerlegebetriebe – a special commando of prisoners at the German concentration camp of Auschwitz-Birkenau, dedicated to the demolition of aircraft wreckage.

Many of the parts of destroyed or abandoned military equipment were later used in various ways on farms. This is what happened to the oxygen tanks from a Boeing B-17. After cutting them in half and installing a handle, they were used as buckets to draw water from a well. Why as buckets? Because the halves resembled buckets in shape, plus the material used to construct the tanks did not rust. The artifact, measuring 30 x 30 cm, is now in the collection of the Remembrance Museum of Land of Oświęcim Residents and is interesting in that it was left unused for many years in the attic of a house in Babice near Oświęcim. It was a spare vessel. Hence, its excellent condition.

If you know of an interesting story connected with the bombing of the land of Oświęcim, or if you know of any other use of elements from the downed planes in everyday life, please contact us by phone: 33/447-40-84 or e-mail: biuro@muzeumpamieci.pl

The Remembrance Museum of the Land of Oświęcim Residents is holding an educational session on Thursday, September 9, devoted to Allied bombing raids and German anti-aircraft defence (batteries around Oświęcim). It will be accompanied by modeling workshops. More information will be available soon at www.muzeumpamieci.pl 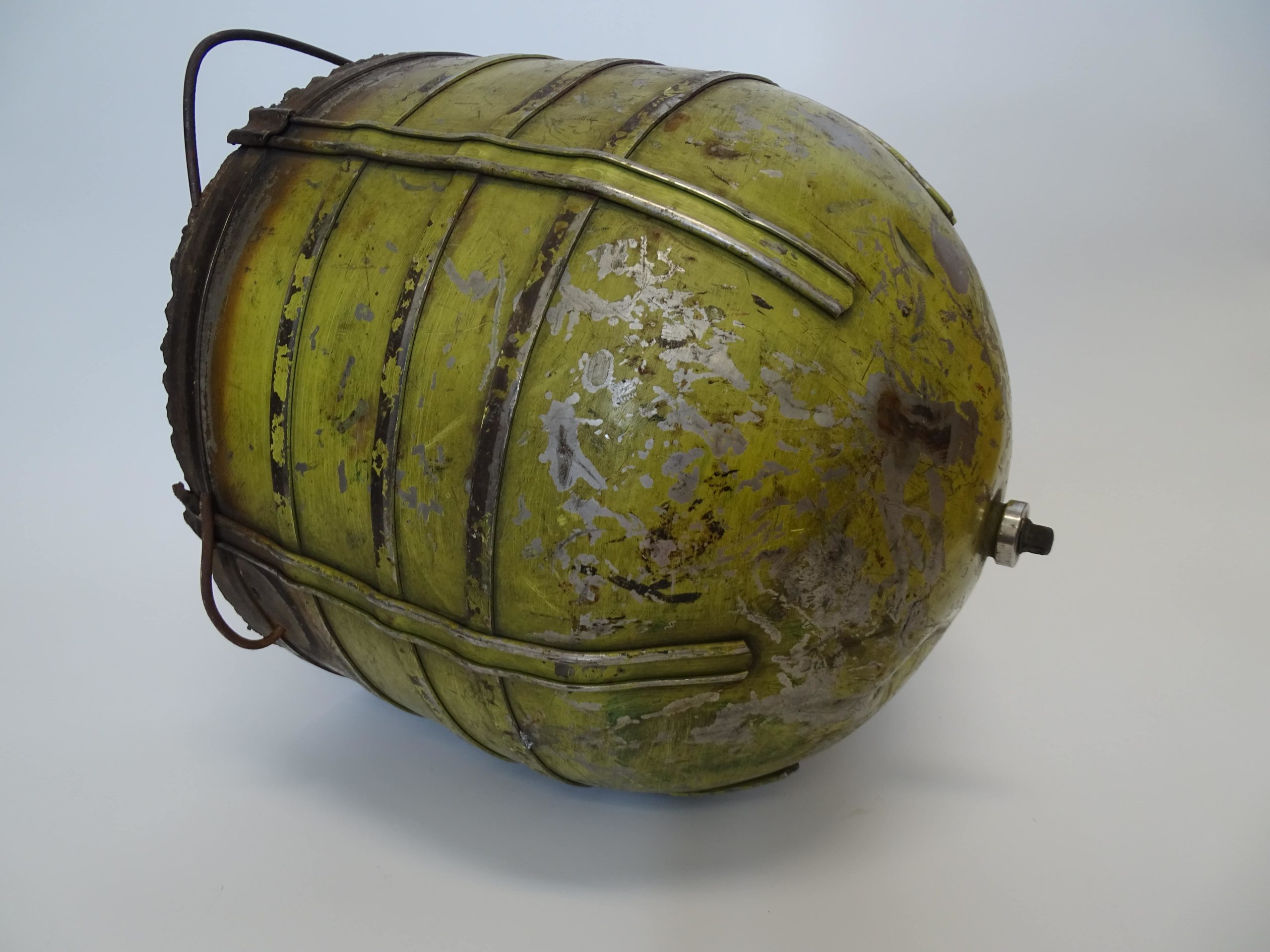 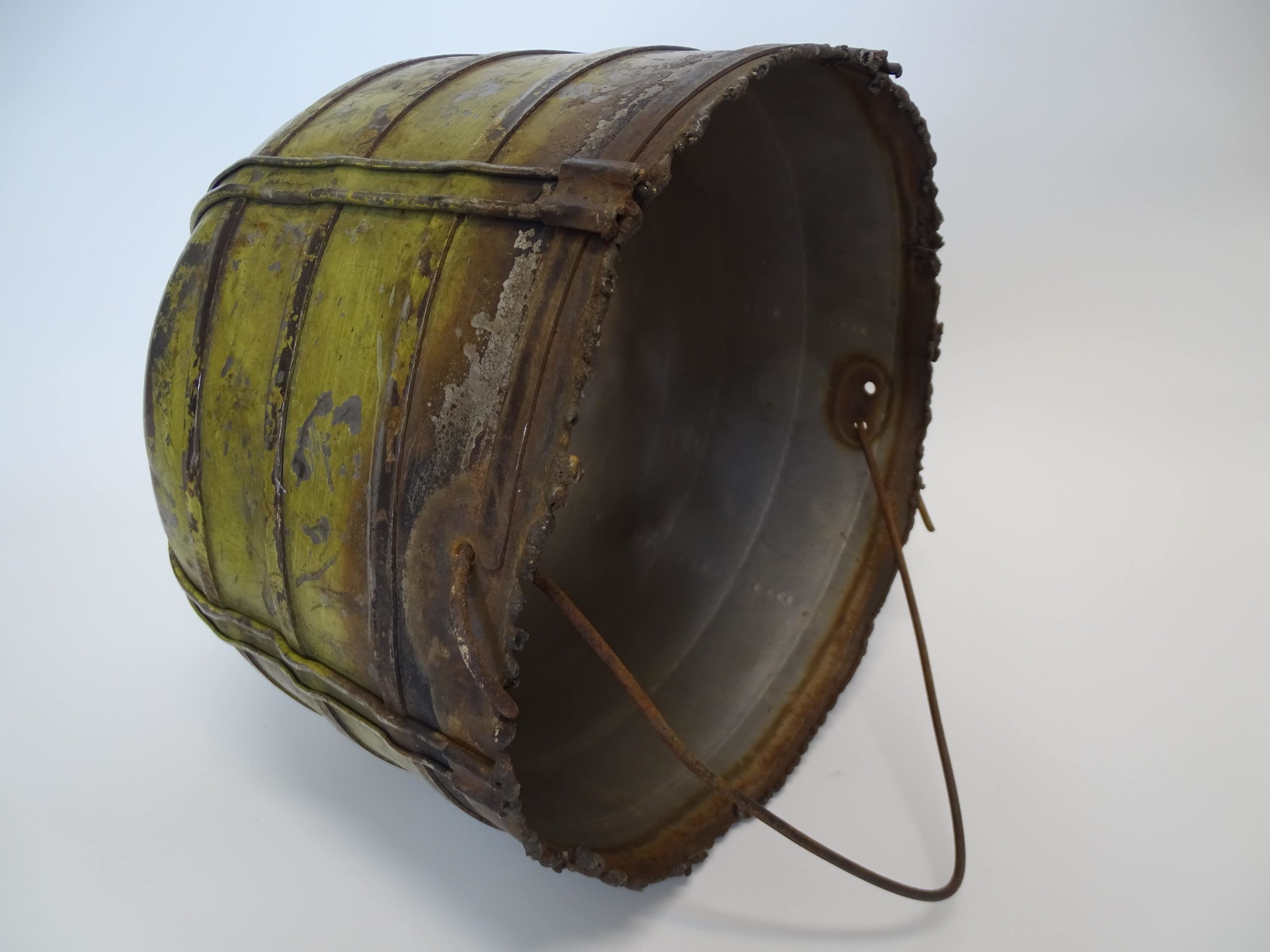 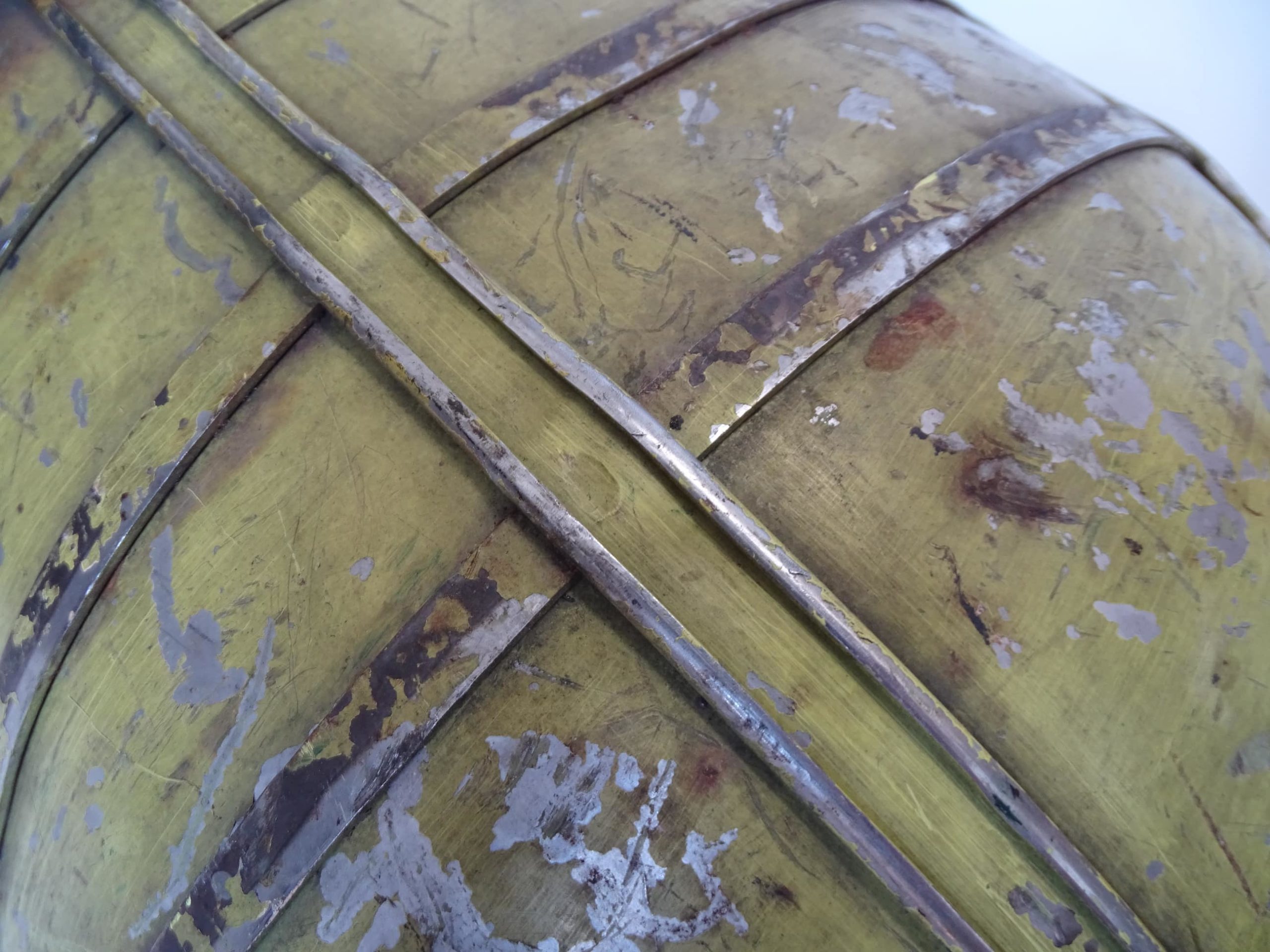