The International Center for Education about Auschwitz and the Holocaust at the Auschwitz-Birkenau State Museum and the Remembrance Museum of Land of Oświęcim Residents are hosting an educational session dedicated to the evictions by the Germans from Oświęcim and surrounding villages.

The year 2021 marks 80 years since inhabitants of the town and neighbouring villages were evicted to make room for the Interest Zone of KL Auschwitz.

The organisers warmly invite teachers of the final primary school classes as well as secondary school teachers and all other interested parties to attend.

“In late March 1941 all Pławy inhabitants were evicted. I remember it was Saturday, probably 19th March. It was about 4pm when 8 or 9 vehicles with German police arrived in the village. They ordered every to pack essential items, some food and be ready to leave in twenty minutes. When everybody had gathered, trucks came and took all those gathered from Pławy to Oświęcim – to the factory Praga. They spent the whole night on the factory floor. Early the next morning, they were loaded into trains and taken to near Gorlice in the General Government… There were 60 houses in Pławy which they began to destroy in 1942. Only 5 houses survived the war.”

Registration is open and forms can be sent until 12th April. After this deadline, please contact the organisers by telephone. 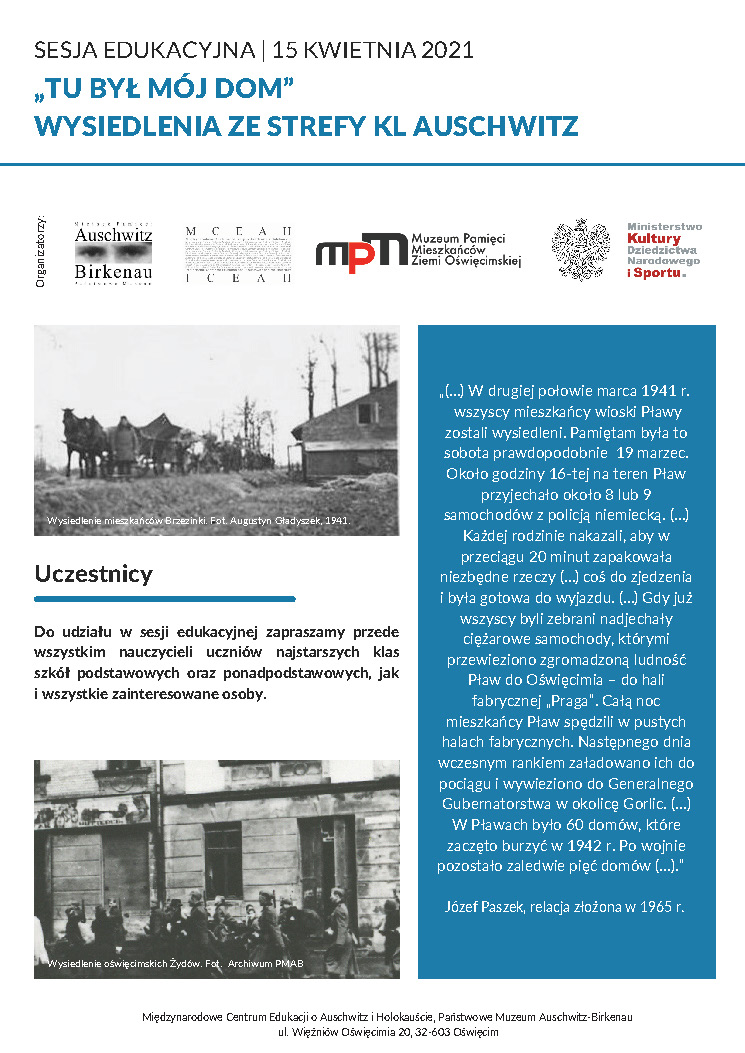 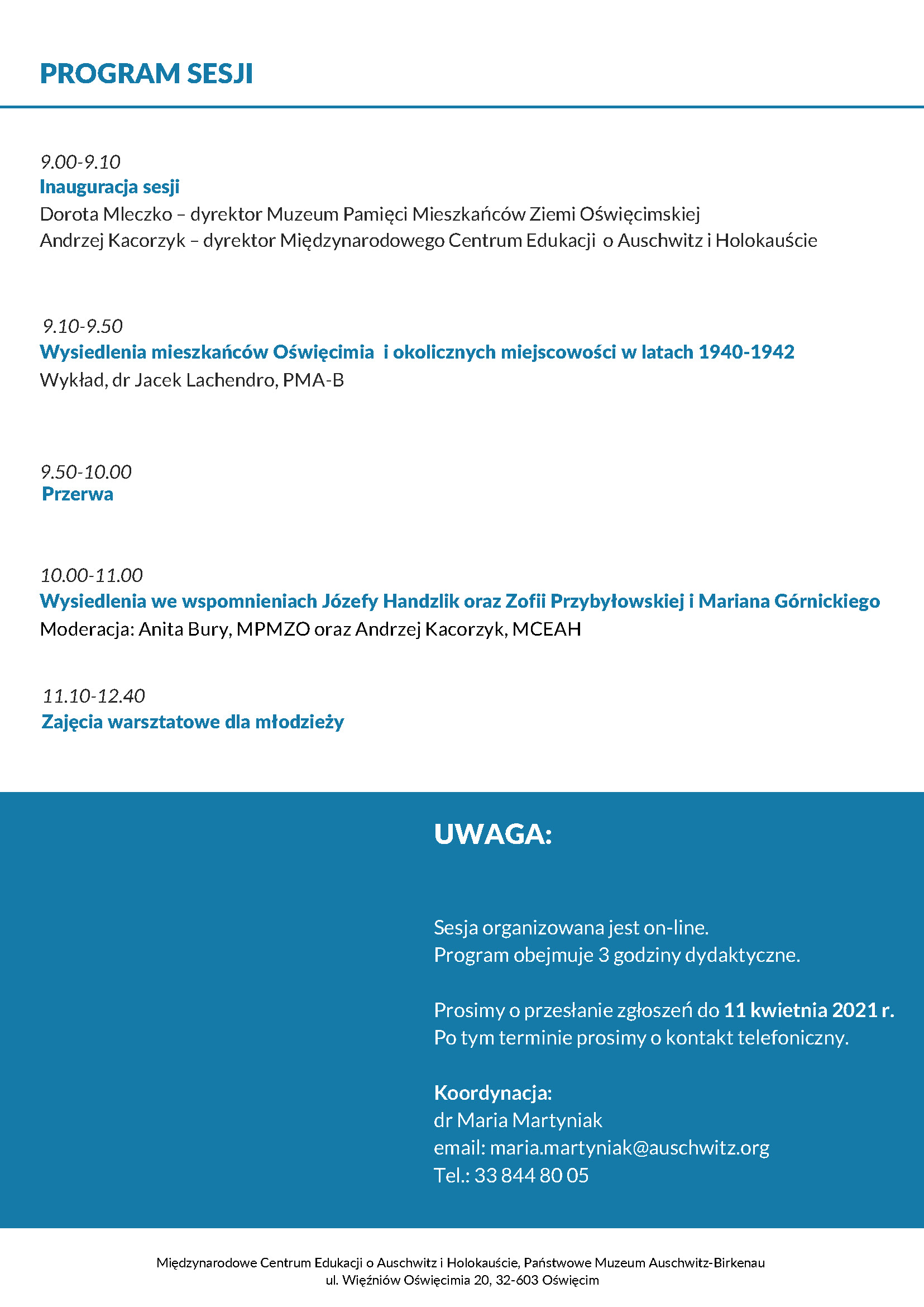