How it was with Malec 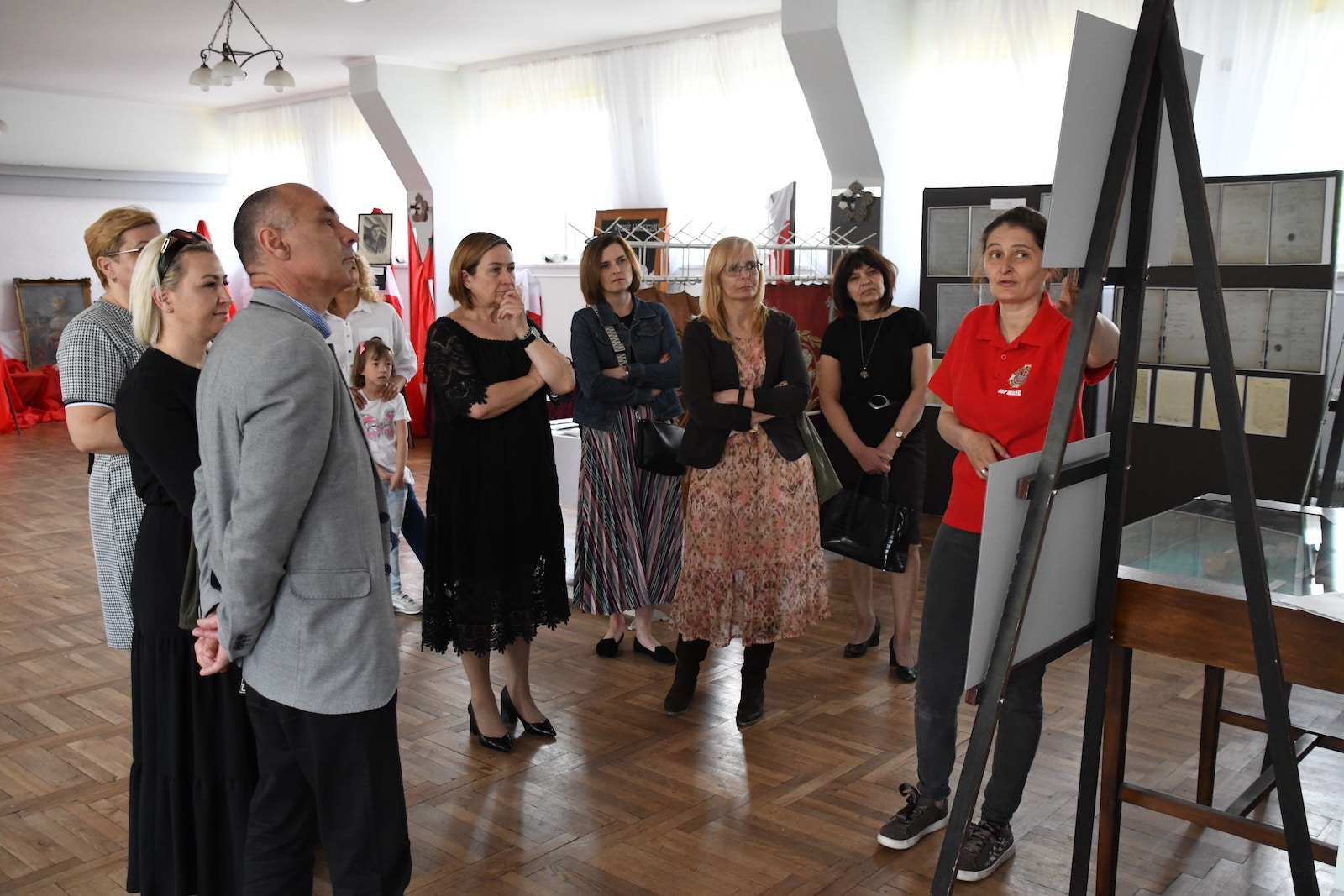 Objects of everyday use, old paintings, photographs and documents made up an exhibition in the Fireman’s House in Malec. It was prepared by the Youth Team of the Voluntary Fire Brigade.

“Modest, great heroes – meetings at the bell tower, and how it was with Malec…” – this is the name of the exhibition organized on the ground and first floors of the building on Swietojanska Street. The authors Ewa Jonkisz and Aleksandra Jonkisz devoted much time to gathering all the artefacts. Many of them came from their private collections. During the tour you could see, for example, box or slug irons, old pots, antique pieces of house equipment.

“This is the cradle in which my mother was rocked, and later me too”, laughed Ewa Jonkisz showing one of the exhibits during the tour of the exhibition. A special place was given to the history of a medieval defensive building in Malec, which does not exist today.

The opening of the exhibition at the Fireman’s House was attended by members of the district board, Teresa Jankowska, director of the Remembrance Museum of Land of Oświęcim Residents Dorota Mleczko, Remembrance Museum educators Joanna Cebulska and Anita Bury, and the deputy mayor of Kęty Rafał Ficoń.

The participants were impressed by the number and attractiveness of the collections. No wonder that they immediately came up with the idea to create a Chamber of Remembrance on the basis of the artefacts.

The exhibition was prepared as the third under the historical project “Hear forgotten voices-the fate of the inhabitants of the Oświęcim area in the first half of the twentieth century. The first was presented by teachers from the District Complex No. 6 of Vocational and General Schools in Brzeszcze. The second was organized by ladies from the Zator Land Lovers Association.

The Remembrance Museum of Land of Oświęcim Residents together with the Oświęcim District and Oświęcim Municipality is carrying out a history project for teachers, employees of cultural institutions, day centres, libraries, and local associations involved in commemoration of the history of the Oświęcim District. The goal is to create