Walls Do Not Remain Silent 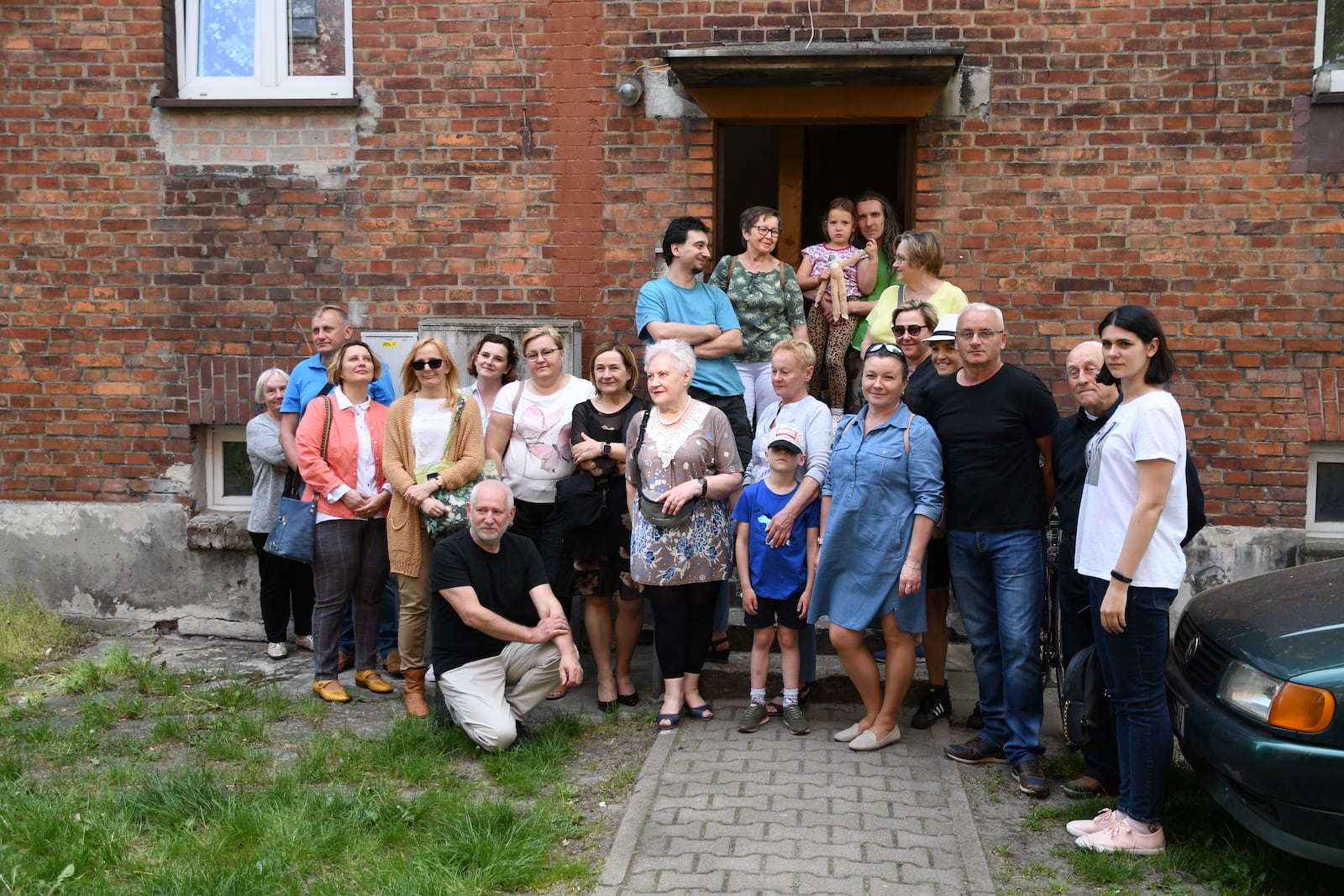 A visit to a former prison cell, a walk through the old part of town, an outdoor exhibition, and a film projection-this was all part of a historical presentation by the Municipal Centre for Culture, Sports, and Recreation in Chełmek.

The exhibition, entitled “Walls Do Not Remain Silent,” was part of the project “Hear Forgotten Voices-the Fate of Land of Oświęcim Inhabitants in the First Half of the Twentieth Century.”

“The inscriptions on the walls were found in a former police jail cell, in a building on Głogowa Street. In the 1930s, it housed the National Police station, during the occupation, the German gendarmerie was there, and after the war, the Civic Militia. Few people knew about the inscriptions,” said Waldemar Rudyk, director of the Municipal Cultural and Cultural Centre.

Visitors to Glogowa Street could view the interior of the former cell and the wall mementos of the people who were held there. Unfortunately, some of the inscriptions are no longer legible. Later, the director led the participants through the city. He showed the renovated tennis courts and the new library.

Near the cultural centre one could see enlargements of the inscriptions from the jail. The photographic documentation was made by the employees of the cultural centre in Chełmek: Monika Madejczyk, Piotr “Ivo” Cebrat, Ewa Foltyn, Martyna Paluchiewicz-Łabaj and Paweł Waligóra.

The meeting concluded with the screening of a film of Roman Witkowski’s memoire, who was involved in the activities of the Voluntary Fire Brigade in Chełmek for years and is the author of many publications and local history enthusiast.

The opening of the exhibition was attended by members of the district board, Teresa Jankowska as well as director of the Remembrance Museum of Land of Oświęcim Residents Dorota Mleczko, and museum educators Joanna Cebulska and Anita Bury.

The project, entitled “Hear the Forgotten Voices-the Fate of the Inhabitants of the Land of Oświęcim in the First Half of the Twentieth Century,” is addressed to teachers, employees of cultural institutions, day centres, libraries, and local historical societies in the Oświęcim district. The goal is to create a series of exhibitions presenting the fate of the inhabitants of the Oświęcim area. The event in Chełmek was the fourth in a row. Previously, teachers from Vocational and General School no. 6 in Brzeszcze presented their own exhibitions. The second exhibition was prepared by members of the Zator Land Lovers Society and the third by the Youth Team of the Voluntary Fire Brigade in Malec.