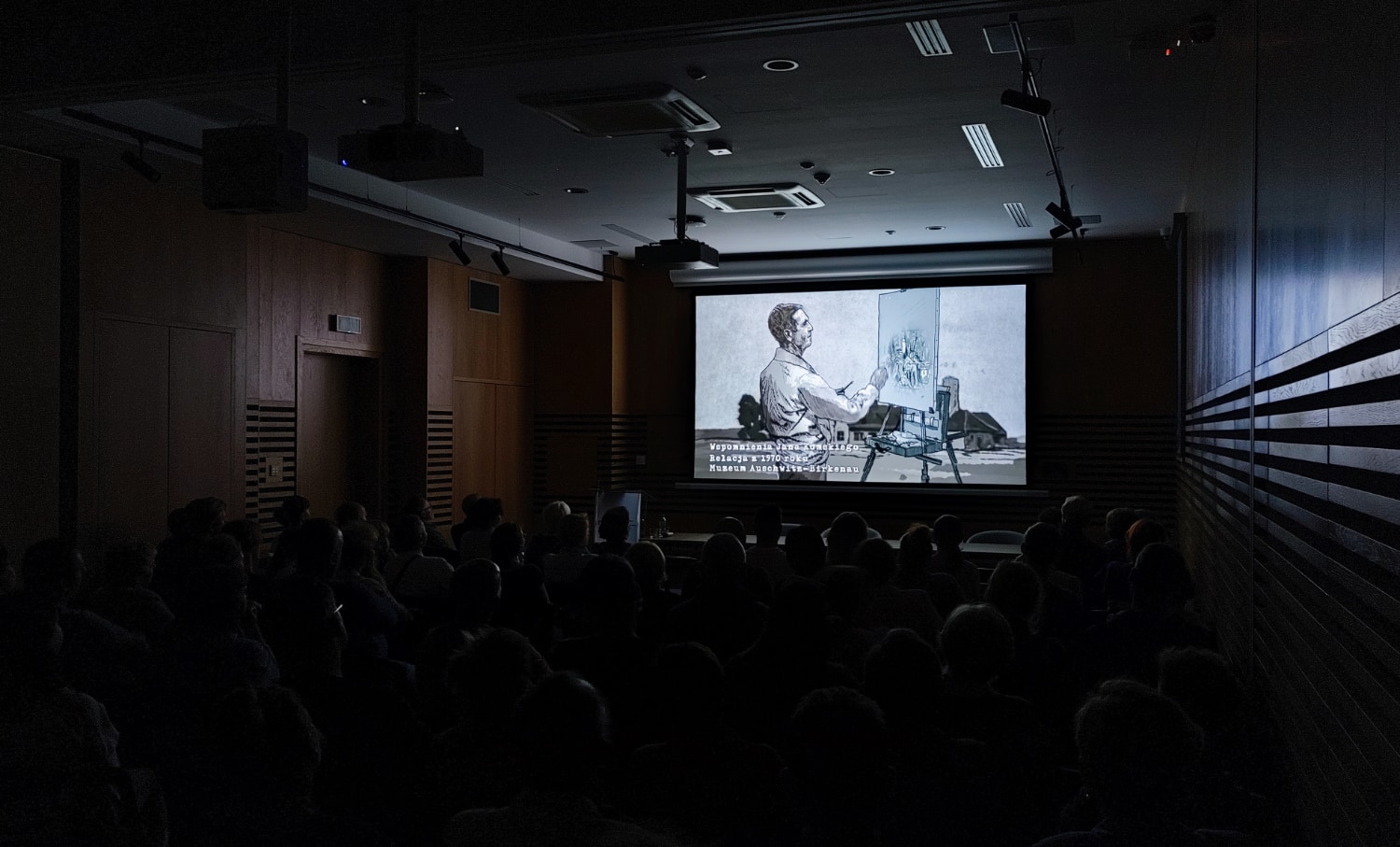 The film about the heroic courier girl “Wanda” will be screened free of charge in September for both the public and for schools and organized groups. In addition, the Education Department has prepared creative historical workshops for pupils.

For individual viewers and groups

“Courier Girl” presents the extraordinary story of Władysława Krystyna Rzepecka (née Harat), a second lieutenant in the Home Army, pseudonym “Wanda.” In 1943, as a 17-year-old girl, she carried documents stolen by Auschwitz prisoners to Warsaw on a secret mission. Jan Karski later used them in writing his famous reports.

The film, directed by Marek Luzar, was made in the convention of the main character’s story combined with the latest animation techniques. The Remembrance Museum of Land of Oświęcim Residents co-financed the production.

The free screening for all those who wish to attend, at the Remembrance Museum headquarters at 2A Kolbego Street in Oswiecim, will begin on September 18 (Sunday) at 4 pm.

Due to the limited number of places, kindly confirm your attendance by September 16. Tel: 33 447 40 84, e-mail: biuro@muzeumpamieci.pl

Screenings for groups of over 15 can be arranged by prior appointment.

Great news! The film can also be viewed in English!

The museum has prepared a special offer for classes from primary and secondary schools. In addition to attending free screenings of “Courier Girl,” students can take part in creative workshops prepared and led by specialists from the Museum’s Education Department after the screening. Prior notification required. Workshop topics include:

– “Audacious Escape” – a workshop devoted to the escape from Auschwitz of Mieczysław Januszewski, Jan Komski, Bolesław Kuczbara and German Otto Kusel on December 29, 1942.

Reservations for screenings for schools and registration for workshops: Tel: 33 447 40 84, e-mail: edukacja@muzeumpamieci.pl

Not only for history lovers

The Remembrance Museum is pleased to announce that the book entitled “Courier Girl. The story of a woman who could have stopped the Holocaust” by Stanislaw Zasada, a journalist and reporter is available for purchase in the shop. (available only in Polish)

Władysława Krystyna Rzepecka is the heroine of this book. As we read in the description on the cover, “In his book Stanislaw Zasada uncovers an unknown and mysterious episode of World War II which could have changed its course. But in a very colourful and audacious way he also tells the story of the resistance movement in the most horrific of concentration camps and the people who tried to help the prisoners behind the wires. In this reportage, the stories of hitherto anonymous heroes intersect with the fates of wartime legends. They all turn out to be equally important.”

Also now available in the museum store is an album of photos from the collection of the well-known Oświęcim collector Tadeusz Firczyk in bi-lingual Polish-English version, entitled “A Walk Around Oświęcim.” It costs 35 zlotys.

The Remembrance Museum of Land of Oświęcim Residents at 2A Kolbego Street in Oświęcim is open until the end of September from Tuesday to Sunday from 10 a.m. to 6 p.m. Closed on Mondays. On Tuesdays, tours of the permanent exhibition are free for individual visitors. Audio guides in Polish, English or German can be rented on site.

The museum, headquartered at 2A Kolbego St. in Oswiecim, is open Tuesday through Sunday from 10 a.m. to 6 p.m. Visitors can rent audio guides in Polish, English or German.