The ever-moving post-war fate of children from KL Auschwitz 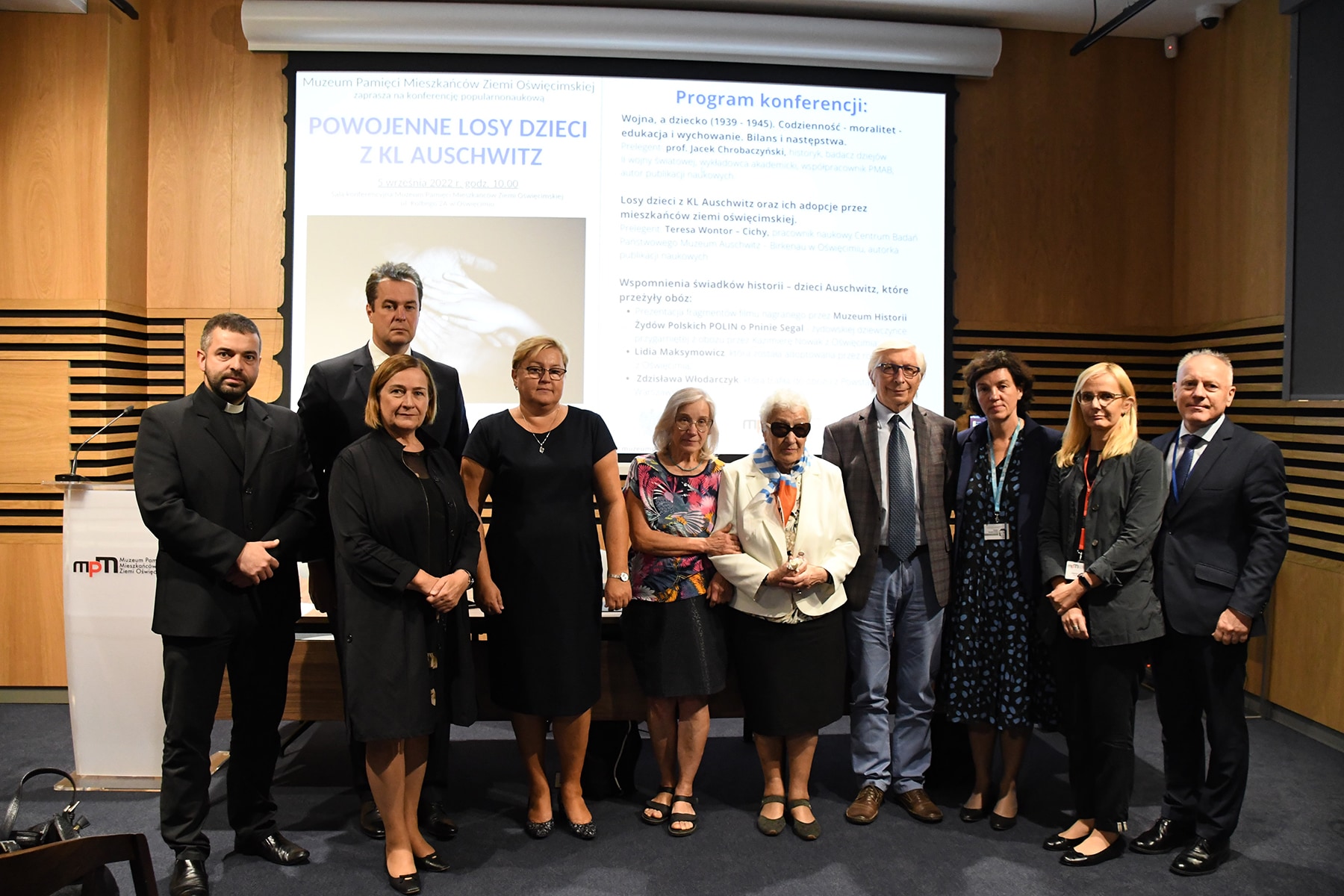 Two substantive lectures and emotional recollections – tears flowed during the conference entitled “The post-war fate of children from KL Auschwitz” organized by the Remembrance Museum.

Director Dorota Mleczko, in welcoming the guests, stressed that this was yet another conference organized by the museum, but the first in the new headquarters at 2 A Kolbego Street in Oświęcim.

“Among the prisoners, as we already know, there were also the weakest people, namely children, who, unfortunately, experienced not only the trauma of war, but also the trauma of the camp,” she said, referring to the theme of the conference. She also recalled that the selfless aid carried to prisoners by the residents of the Oświęcim area continued both during the operation of KL Auschwitz and after its liberation.

District head, Andrzej Skrzypiński, honorary patron of the conference mentioned Russia’s aggression against Ukraine in his speech. As he recalled, not so long ago no one thought that an armed conflict in central Europe was possible, but many experts were wrong.

“Whenever something bad happens in the world, the most touching images are those that show the harm done to children”, he pointed out.

One such child was Zdzisława Włodarczyk. Born on August 21, 1933, she survived the German occupation and KL Auschwitz, where she was brought from the capital on August 12, 1944, after the outbreak of the Warsaw Uprising. She was 11 years old at the time.

Her highly emotional account of what happened during the war, the uprising, her imprisonment in Auschwitz as a child, the death march and the time after liberation brought tears to many listeners’ eyes.

Earlier, lectures were given by Prof. Jacek Chrobaczyński and Teresa Wontor-Cichy.

Courtesy of the POLIN Museum of Polish Jews in Warsaw, participants were able to watch a recorded excerpt from Pnina Segal’s memoirs.

Lidia Maksymowicz was unable to travel to Oświęcim for health reasons. The transcript of her account will soon be posted on the museum’s educational portal.

The conference was broadcast live on the Internet. It can be viewed on YouTube: