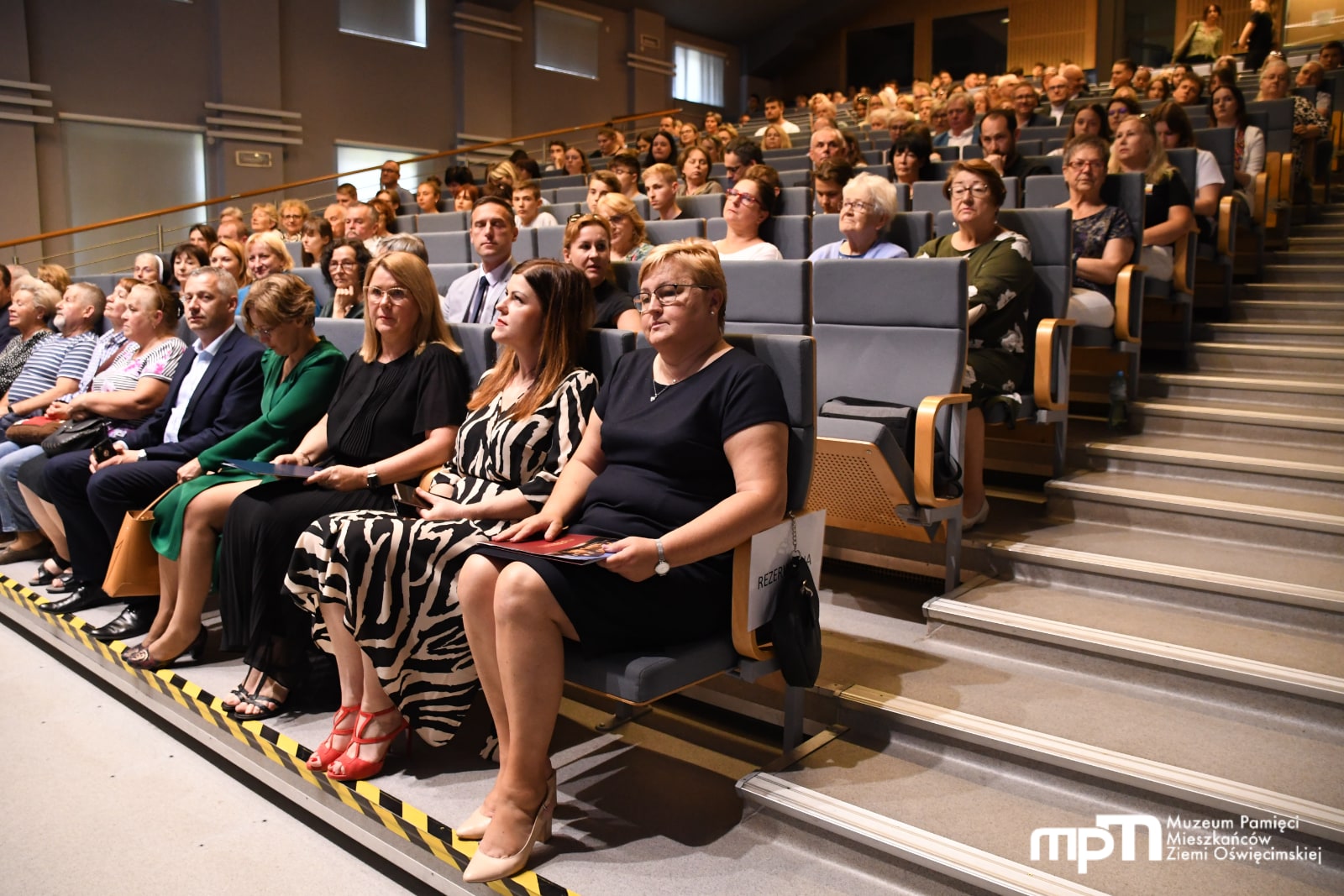 The premiere screening of the film “The Courier Girl” took place on 7th June in the auditorium of the Witold Pilecki State University in Oświęcim.

This is the extraordinary story of Władysława Krystyna Rzepecka née Harat, a second lieutenant in the Home Army under the pseudonym Wanda. In 1943, as a 17-year-old girl, she carried documents stolen by prisoners of the Auschwitz camp to Warsaw on a secret mission. They were later used by Jan Karski.

The one-hour film directed by Marek Luzar was made in the convention of the main character’s story combined with the latest animation techniques. Its production was co-financed by the Remembrance Museum of the Land of Oświęcim Residents. The premiere was attended by members of the Harat family.

Dr. Sonia Grychtoł, rector of the university in Oświęcim, welcomed those gathered in the Kazimierz Piechowski auditorium for the premiere screening.

In her speech, Dorota Mleczko, director of the Remembrance Museum emphasized that the premiere of the film “The Courier Girl” is yet another in a series of events associated with the opening of the museum. Earlier, on May 14th during the Night of Museums, visitors enjoyed a special multi-media show (mapping) and night tour of the permanent exhibition. During the first month of the museum’s operation, the exhibition was seen by almost 2000 people.

“The projection opens a series of public screenings held in our museum. These are not all the events that our institution has planned within the framework of making available and promoting the permanent exhibition. We would like to invite you now to concerts, educational sessions, popular science lectures and workshops for young people,” encouraged director Dorota Mleczko.

District Head Andrzej Skrzypiński participated in the premiere together with three members of the management board: Grazyna Kopeć, Teresa Jankowska and Jerzy Mieszczak.

He said that among his acquaintances there are people from the Harat family, among others pulmonologist Rafal Harat. Therefore, the story of Wladyslawa Rzepecka is particularly meaningful to him.

“The heroism of our courier girl did not come out of thin air. Her attitude and the way she coped in those cruel times is worthy of imitation. Not so long ago, I thought that reality would not require us to create new heroic attitudes. Unfortunately, as of February 24 of this year, understanding the world in this way has changed dramatically. Last year, at this university, on the occasion of a conference, I said that my generation, my parents’ generation, our children’s generation would be the generation that would not experience war. Now I would not be able to say that,” said Andrzej Skrzypiński.

After the screening the auditorium resounded with thunderous applause.

A moment later, director Marek Luzar told the audience how he met Władysława Rzepecka for two years and recorded her accounts, and how he later worked on the film.

Evaluating the attitude of “Wanda” and her peers during World War II, he said:

– God, Honour, Homeland were not cliches. These were words that had meaning. Young people died for these three words.

The materials collected by Marek Luzar were used by Stanisław Zasada to write a book entitled “The Courier Girl. The story of a woman who could have stopped the Holocaust”. (In Polish)

Due to the limited number of seats, those interested in watching “The Courier Girl” are asked to register their participation in advance via e-mail: biuro@muzeumpamieci.pl or by phone: 33 447 40 84.

Private showings of the film can be booked at other, pre-arranged times for groups over 15 people.